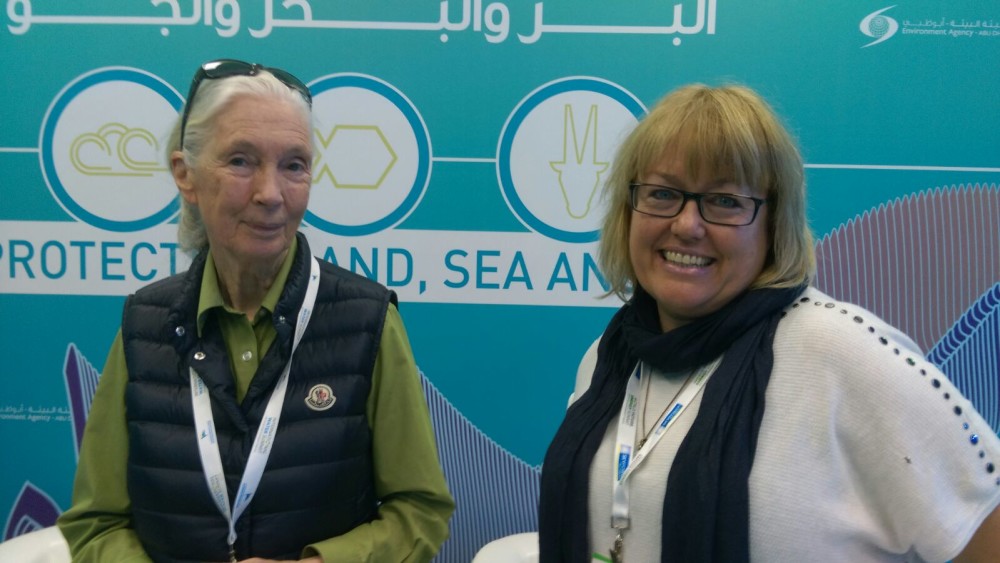 I just finished watching JANE about Dr Jane Goodall, conservationist, primatologist and anthropologist, the documentary directed by Brett Morgen with the musical score by Philip Glass, revealing previously unseen footage shot by Hugo Van Lawick from the National Geographic archives discovered in 2014.  It shows how Jane has lived the life she dreamed of, living with animals in the wild which in itself is inspirational but also how she opened a window into the little-known world, at that time, of chimpanzees. We follow Jane as a 26-year-old in Tanzania patiently studying the primates until they begin to trust her. Through her eyes, we see how they are similar to humans and how they are different and what we can learn from them. Jane brought the research and information to the world that chimpanzees, like humans, they have the capacity to love, to be jealous, to fight and to be cruel and what surprised the world back in the 1960s they, like humans, have the ability to use tools with their hands. This is a story of love, the natural world and of primate and human behaviour. As she looks into the eyes of a thinking wild animal we feel the connection towards a family of chimps and a sadness that resonates as humans as the trials and tribulations of parenting, ageing, loss and bereavement unfold. This is a testament to a life well lived and as humans, we can do better to protect the wildlife that walks this earth.

In 2015 I had the pleasure to meet and interview Dr Jane Goodall on Dubai Eye 103.8 when she visited the UAE promoting her Roots and Shoots programme in schools. I interviewed her again a couple of years later. The pictures here show me after practically stalking her at Abu Dhabi Sustainability Week. I was about to do a live broadcast when my producer told me she was in the building and I raced around the exhibition hall to find her. I waited patiently as she was being shown around by dignitaries before politely catching her eye and managing to record a few minutes with her to play out later on the show. She is a true inspiration.